Free shipping and processing on all orders over $350!
Welcome!
Set of 6 titles 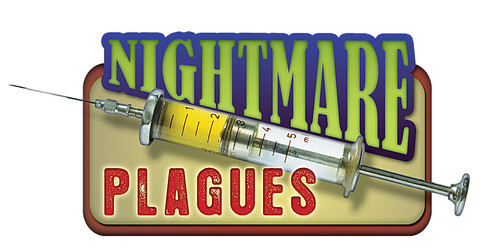 For thousands of years, tiny invaders have been attacking humans—and killing them by the millions. Who—or rather what—are these nearly invisible killers? They are deadly germs that have caused some of the world’s worst epidemics, including massive outbreaks of influenza, smallpox, and typhoid fever. In Nightmare Plagues, children become medical detectives as they discover how these deadly diseases began. First-person accounts and dramatic photos bring to life the different ways in which these devastating illnesses spread throughout the world—and the heroic efforts of doctors who rushed to find a cure. Most importantly, children learn how to avoid catching one of these killer diseases in the first place!

Each title in this series covers one of the most deadly contagious diseases in history. Starting with the history of a specific person, such as Typhoid Mary or Jesus Lajun (who contracted the bubonic plague), each book discusses the symptoms, treatment, and causes of the disease. Readers will find out how the disease spreads and how to protect themselves. The cover of each book draws students’ attention immediately, and they will not be disappointed once the book is opened. More than half of each page contains historical photos, enlarged images of disease symptoms, and pictures of the bacteria or virus causing the outbreak. Further information is included, such as other famous outbreaks and facts in bulleted format. There are online resources, a glossary, and reading suggestions to learn more about the topic. Recommended.

There are six books in this series, each describing a common and life-threatening disease in a way that young readers will appreciate. Each has a reading level of about fourth grade but an interest level up through the middle school grades. Each volume is exactly 32 pages long and contains a table of contents, a glossary, an index, a biography, and “Read More” and “Learn More Online” sections. This narrative nonfiction has approximately 110 words for each two-page spread, supported by colorful interesting photos, maps of places to which the disease has spread, fact boxes, and tips on how children can avoid catching the diseases. The books are ideal for integration, with curriculum connections to general science, technology, life science, and current issues.

This series provides some historical information such as Hippocrates’ identification of TB as the most common disease in the world (Tuberculosis), and several spreads in Typhoid on the search for the infamous Mary Mallon. In contrast to Rosen’s “Epidemics and Society,” though, the books focus more on the signs of different epidemic diseases, how they are spread, and methods of treatment, making the volume of information less unwieldy. The writing is accessible and interspersed with interesting photographs and fact boxes. It is trendy at the moment to hype the “yuck” factor, but these books simply rely on an honest discussion of the diseases, which still does the trick. These are effective, easily navigated introductions to the physiology of contagious illnesses.