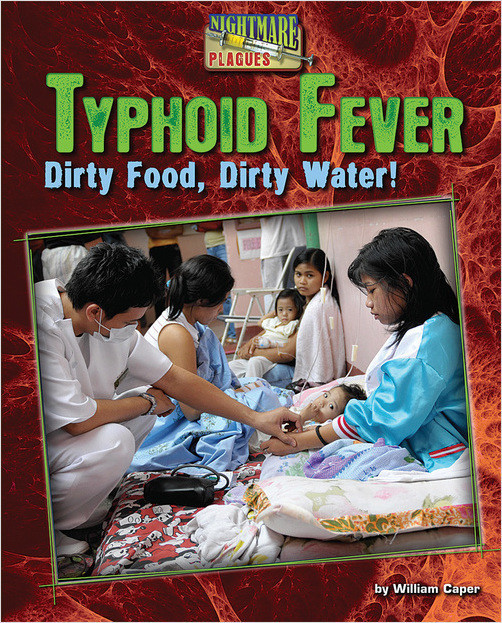 In the summer of 1906, banker Charles Warren and his family rented a home in Oyster Bay, Long Island. They were hoping to have a relaxing vacation on the beach. Once in the house, however, their holiday soon turned into a nightmare. First, Warren’s daughter came down with typhoid fever. Then five more people got sick. What started as a nice family get-away had turned into a disease-filled disaster! How did the outbreak start? The owners of the house hired a typhoid expert to investigate. What he discovered was a trail of clues that led to New York City—and Charles Warren’s former cook, Mary Mallon, a woman who would become known for generations as “Typhoid Mary.”

Combining the intrigue of the Typhoid Mary case with a fascinating historical look at the disease, Typhoid Fever: Dirty Food, Dirty Water! shows kids what typhoid fever is, how it spreads, and the ways doctors and scientists have fought back. Most important, children learn the steps they can take to avoid catching the disease themselves!