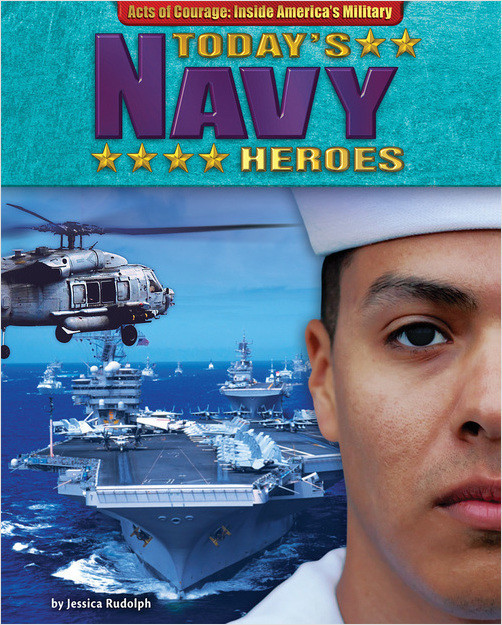 In Today’s Navy Heroes, kids will meet real-life servicemen and women who have displayed incredible courage when facing almost certain death as they served their country in Iraq and Afghanistan. Readers will meet heroes like Navy corpsman Juan Rubio, who risked his life in Iraq so he could save the lives of other soldiers. Rubio performed first aid on injured soldiers right in the middle of an intense gun battle, and helped carry the wounded to safety—all while he was seriously injured with a shrapnel wound in his leg. This is just one of many acts of courage recounted in this riveting look at our nation’s military heroes. Written in a narrative format, Today’s Navy Heroes will keep kids turning the pages as they read about individual soldiers who’ve shown uncommon courage in the face of terrible danger while serving their country. Large action photos, fact boxes, and maps enrich these true stories of bravery and valor.