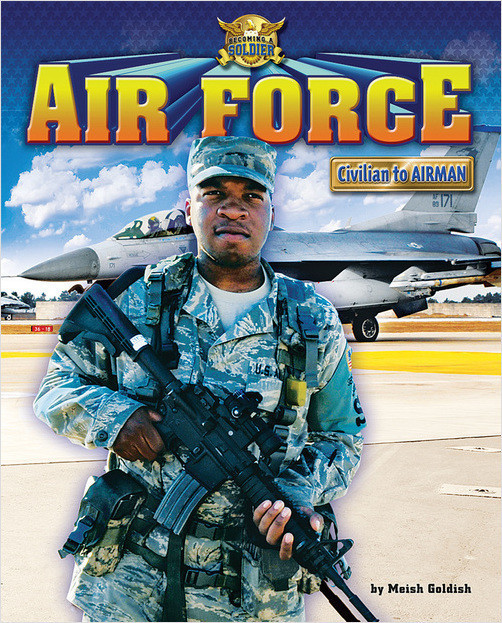 What does it take to become a member of the U.S. Air Force? Readers will find out as they follow aspiring airmen through basic training in Air Force: Civilian to Airman. Kids will get an inside look at Lackland Air Force Base in Texas, where trainees spend a grueling eight and a half weeks in basic military training. Children will also learn about the special training that future pilots receive in ROTC programs, at the Air Force Academy, and at the Officer Training School at Maxwell Air Force Base in Alabama. Along the way, kids will meet real-life airmen like Christopher Platte, who enlisted in the Air Force so he could follow in the footsteps of his grandfather and great-uncle, both of whom served as U.S. pilots in World War II.

Combining large, full-color photos with a narrative format and controlled text, Air Force: Civilian to Airman will inspire young readers as they learn what it takes to become one of the world’s finest soldiers. It’s a must-have for readers beginning to have an interest in the military, as well as for kids with parents in military careers.