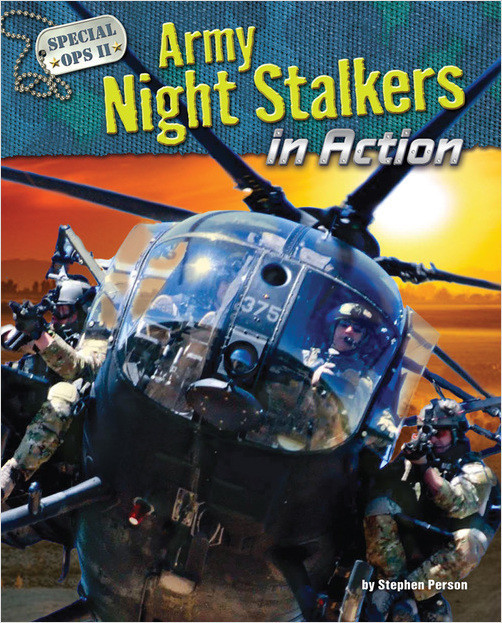 On October 3, 1993, Michael Durant was sent on the most dangerous mission of his life. A brutal warlord was trying to seize control of Somalia. American forces, however, were determined to stop him. Michael Durant was a helicopter pilot for the U.S. Army’s elite special operations force known as the Night Stalkers. His mission was to fly U.S. Army Rangers into the heart of Somalia’s capital, Mogadishu, so that they could capture the warlord. Would Michael be able to carry out his mission?

In this gripping book, young readers will meet the fearless soldiers who serve our country, and also get an inside look at how they train for, and carry out, their dangerous missions. From rescuing hostages in Iran to capturing terrorists in Pakistan, no job is too tough for members of the Army Night Stalkers. Large, full-color photos and dramatic real-life stories will keep kids turning the pages to learn more.