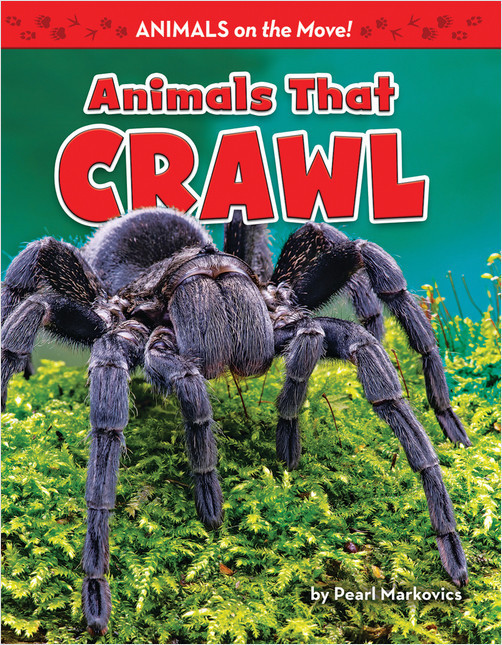 What do all the animals in this book have in common? They crawl! The expertly crafted text uses a repetitive sentence pattern along with strong visual cues to support early readers as they build their reading skills and confidence. This 16-page book features repetitive and predictable text and incorporates high-frequency and familiar sight words. Children just learning how to read will love these colorful and engaging nonfiction books.

School Library Journal Review of Animals On the Move!

Cute photos serve as an appealing backdrop for this series aimed at new readers. Six spreads ask a repeated question (“What can dig?”), with the answer provided below (“A mole can dig”). The simple words are set against an engaging photograph of the featured animal demonstrating the action in its natural setting. The strict pattern and repetition within the text makes the series accessible to beginning readers. Most animal names are easy to read, and the obvious visual cues will help with the others. The creatures included are familiar, well varied, and occasionally unexpected, as in the case of a running lizard and a swimming bear. The final spread turns a question over to readers (“Can you run?”), accompanied by a photo of a child in action and an enthusiastic “Yes you can!” VERDICT: Just right for beginning readers who love animals.