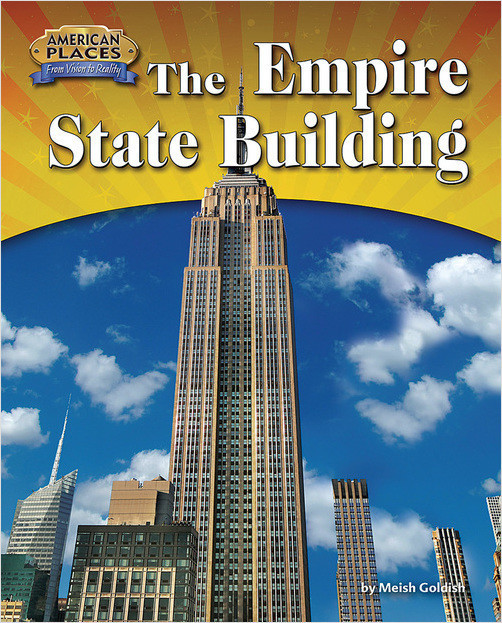 In 1930, anyone walking down Fifth Avenue in the middle of New York City would have seen an incredible sight. A forest of giant steel beams rose hundreds of feet into the sky. Thousands of men stood on the beams cutting, drilling, and hammering. The workers were constructing the Empire State Building—the tallest skyscraper the world had ever seen.

The Empire State Building traces the incredible story of the 102-story skyscraper, starting with the dream of two wealthy businessmen and ending with the completion of the awe-inspiring building. Large color photos, maps, and fact boxes enrich the captivating story, which is sure to excite even the most reluctant readers.

This entry in the American Places: From Vision to Reality series offers a pleasing overview of the skyscraper, from its inspirational design to its status today. Many of the two-page spreads focus on the engineering involved, especially the use of concrete and steel to support weight, as well as the construction teams. Those workers, including Mohawk “sky boys,“ are featured at fearful heights without safety gear in period photographs. Goldish explains how the continued construction of the Empire State Building during the Stock Market Crash of 1929 made the skyscraper a symbol of hope. The remaining text discusses the building’s opening day in 1931, its continuing history, and its enduring popularity. A concluding, “By the Numbers” graphic relates fast facts. This well-organized resource adeptly integrates social studies and STEM.