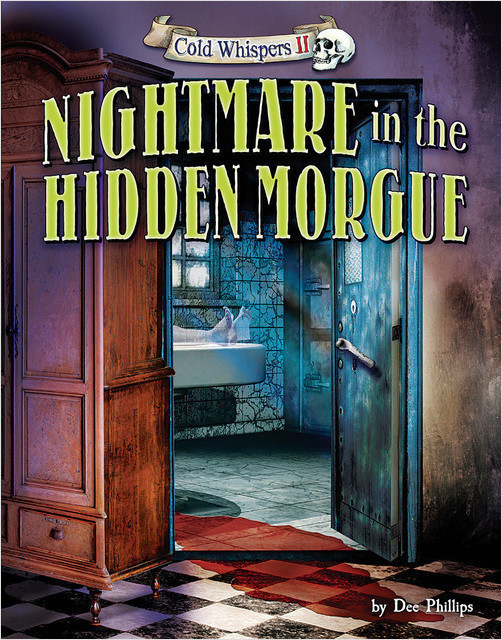 Nightmare in the Hidden Morgue

At first, Zach is excited to be moving into a new home with his sister and parents—even if it is old and creepy. However, he soon begins to suffer terrible nightmares in which he’s trapped in a narrow metal box. When Zach and his sister uncover a secret door in the basement, they discover it leads to an old morgue—complete with a wall of metal drawers for storing dead bodies! As Zach explores the morgue, he suddenly finds himself trapped in a real-life nightmare. Will he be able to escape the clutches of a ghostly mortician?

Follow Zach as he investigates the abandoned morgue beneath his home and learns its terrible secrets.

This bone-chilling book is the fiction companion to Monstrous Morgues of the Past from Bearport’s best-selling nonfiction series Scary Places.