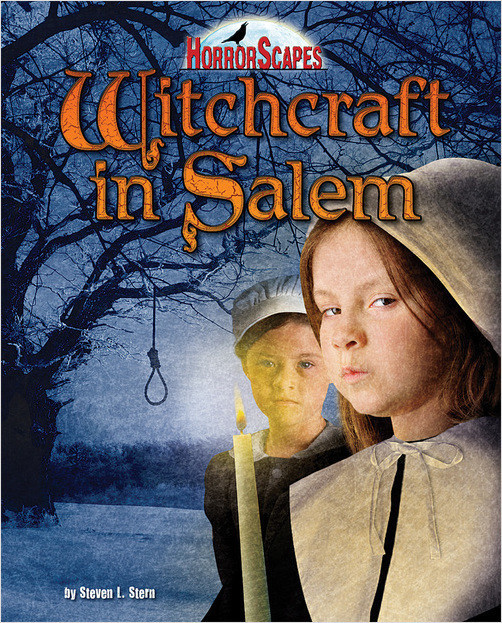 In 1692, two young girls who lived in Salem, Massachusetts, began acting strangely. They made odd sounds for no reason, flapped their arms like birds, and had fits in which they choked and screamed as if being attacked. Had they been bewitched by an evil spell? People in their village were terrified. As rumors of witchcraft spread, many villagers were accused of being witches. Were seemingly ordinary people actually being taken over by evil spirits? An exciting narrative format brings a dark episode of American history to life, while providing plenty of creepy details to satisfy young horror fans. Chilling photos and illustrations and clear, age-appropriate text will keep readers turning the pages to discover the truth about the Salem witch trials.

Ghostly Alcatraz Island and Witchcraft in Salem were recommended in Booklist’s October 2010 Spotlight on Series Nonfiction.

Ghostly Alcatraz Island and Witchcraft in Salem were recommended in Booklist’s October 2010 Spotlight on Series Nonfiction.