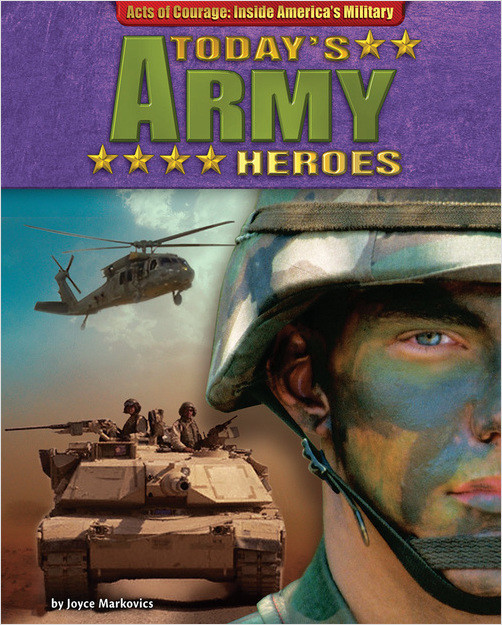 On October 25, 2007, U.S. Army Specialist Salvatore Giunta and his platoon were on a nighttime mission in northeastern Afghanistan. Suddenly, Taliban fighters ambushed the Americans, and bullets were flying everywhere. Several of Specialist Giunta’s fellow soldiers were struck by fire and seriously wounded. Without hesitation, Specialist Giunta ran toward the wall of enemy fire so he could help bring the wounded soldiers to safety. Despite being shot twice in the chest, Specialist Giunta still managed to pull his fellow soldiers back to safety. The body armor he was wearing saved his own life. For this incredible act of courage, Specialist Giunta became the first living soldier who served in Afghanistan to receive the Medal of Honor. This is just one of the many acts of courage recounted in this riveting look at our nation’s military heroes. Written in a narrative format, Today’s Army Heroes will keep kids turning the pages as they read about individual soldiers who’ve shown uncommon courage in the face of terrible danger in both Iraq and Afghanistan. Large action photos, fact boxes, and maps enrich these true stories of bravery and valor.