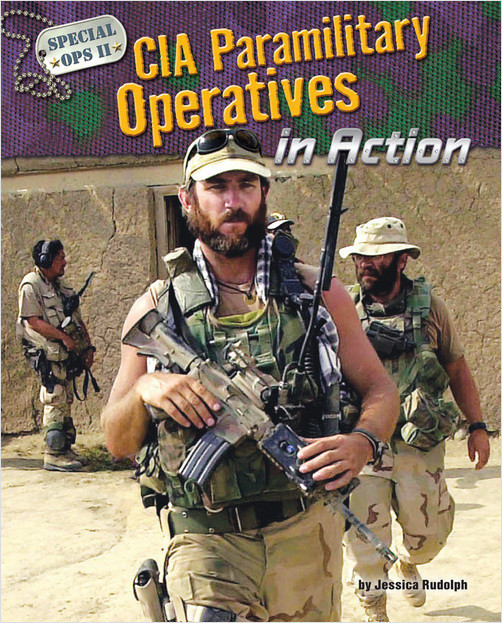 On October 25, 2003, CIA Paramilitary Operative William “Chief” Carlson was on a dangerous mission in eastern Afghanistan. He and his team were tracking down terrorists in a rugged mountain area. Without warning, a bomb whizzed through the air, heading straight for their vehicle. Special Operative Carlson knew he had to take immediate action, but would he be able to save his men in time?

In this gripping book, young readers will meet the CIA Paramilitary Operatives who serve our country, and also get an inside look at how they train for, and carry out, their risky, top-secret missions. From gathering intelligence to fighting enemies to rescuing hostages, no job is too tough for CIA Paramilitary Operatives. Large, full-color photos and dramatic real-life stories will keep kids turning the pages to learn more.