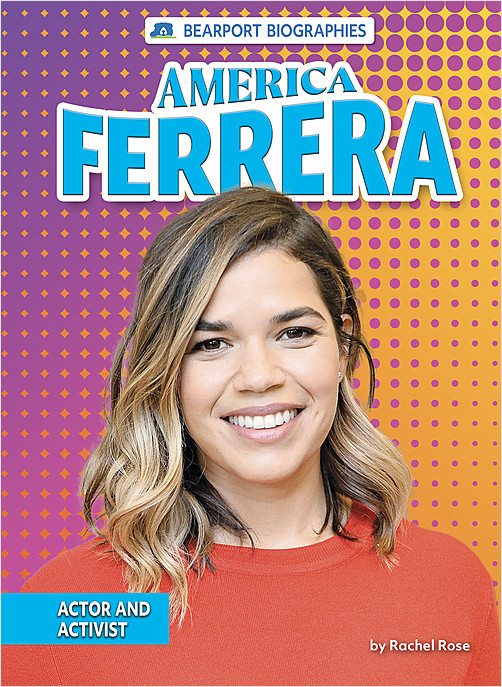 America Ferrera is a star on and off the screen. From winning an Emmy at only 22 years of age for a groundbreaking role as Latina fashionista and beauty-on-the-inside Betty, to flying through the skies atop the dragon in How to Train Your Dragon, you might think being a successful actor would be enough for America. But that's just the tip of the iceberg for this powerful woman. Her work offscreen to stand up for the rights of women, immigrants, and children is just as spectacular. And this star still has a lot of life to live. Learn all about America's spectacular journey as an actor, activist, and more.

These six volumes provide an eclectic mix of notable personages. Each book begins with a description of a significant moment in the subject’s life: Michael Jordan winning the 1991 NBA championship, Jimmy Carter’s acceptance of the Nobel Peace Prize, John Lewis’ speech at the 1963 March on Washington, etc. Then readers learn about when and where each person was born and where they attended college. Careers are traced with an emphasis on big moments: Christina Koch was a part of the first all-female spacewalk team, America Ferrera achieved success as an actress, and Michelle Obama promoted projects as first lady, including her “Let’s Move!” initiative. Nice, colorful photographs complement the texts. None of these biographies particularly stands out, however, and most of these luminaries are the subjects of numerous other books for kids. Still, the information is current, and those needing up-to-date biographies on these individuals will find them useful. VERDICT Standard biographical fare, these volumes will be of value to libraries that maintain current information on the subjects and should be considered based on demand.