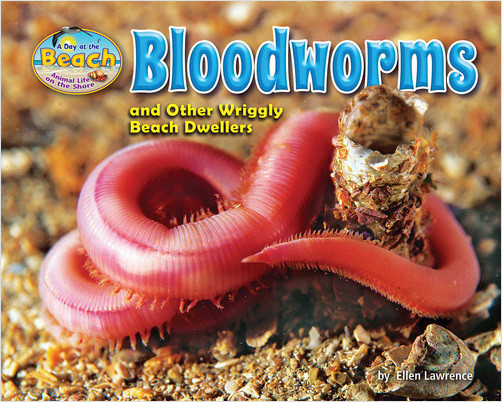 Bloodworms and Other Wriggly Beach Dwellers

Hidden from view under the sand, a hunter is searching for a meal. It's a hungry bloodworm and it has spotted a tiny crab. Suddenly, an alien-like proboscis shoots from its head revealing four sharp fangs. The worm injects venom into its prey, paralyzing and killing the little crab. Then the bloodworm slurps up the crab's soft insides! Filled with information perfectly suited to the abilities and interests of its primary-grade audience, this colorful, fact-filled book gives readers a chance not only to learn all about bloodworms, lugworms, and other wriggly beach creatures and their seashore habitat, but also develop their powers of observation and critical thinking. Children will investigate, for example, whether a bloodworm really has metal fangs, and how a sand mason worm builds a long tube to be its home. Get ready for a fun and interesting day at the beach!