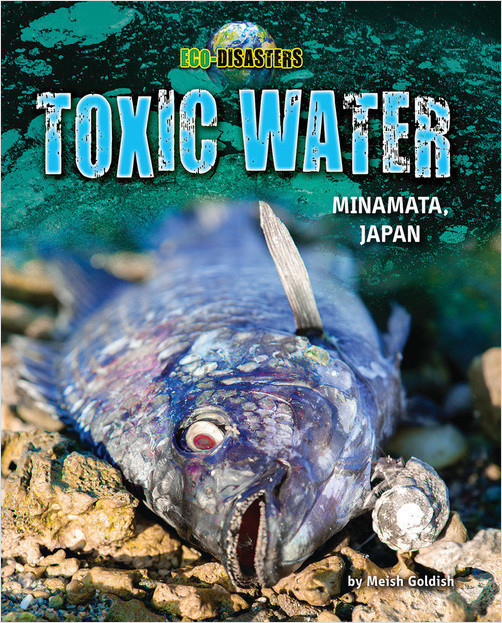 On April 21, 1956, a five-year-old girl was examined at a hospital in Minamata, Japan. Doctors were puzzled by her symptoms which included difficulty walking and speaking and severe convulsions. Days later, her sister came down with the same symptoms. Soon after, more people were found with the same illness. What was causing this devastating disease? Toxic Water: Minamata, Japan traces the tragic story of toxic wastewater from a factory that poisoned an entire Japanese town. Fascinating photos of the actual events, maps, and fact boxes enrich the compelling text. The personal and heart-breaking story will grip and inspire young readers.

Gr 4-6–A dramatic introduction sets the scene of each event, followed by short chapters that describe it from start to finish or to its current status, with an emphasis on its immediate and continuing human costs. Each book clearly states who or what was responsible for the disaster, and discusses restitution or lack thereof to victims, as well as the ongoing or long-term detrimental effects. “Fixing the Future” sections detail continuing cleanup efforts or measures to prevent future calamities….VERDICT: This set will help readers understand the myriad large-scale ecological disasters that can happen and their lasting human and societal costs. A solid purchase.