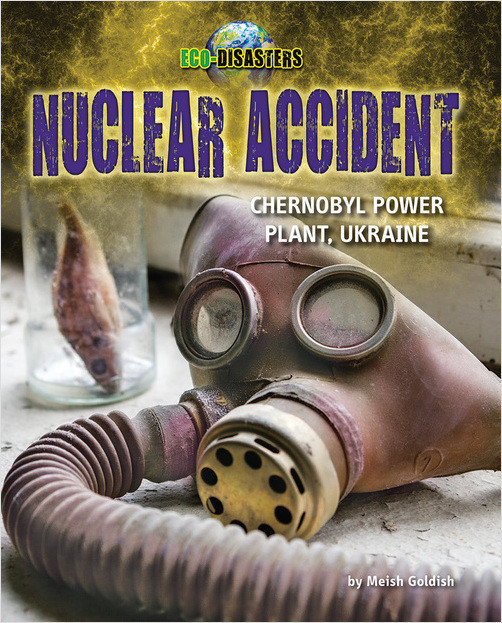 On April 26, 1986, while workers were conducting a test at the Chernobyl Nuclear Power Plant, disaster struck. One of the reactors exploded, erupting into a blazing inferno. The reactor’s sealing cap was blown off and a lethal shower of radioactive material was launched into the night sky. Nuclear Accident: Chernobyl Power Plant, Ukraine traces the catastrophic nuclear disaster that contaminated a massive area of Europe with deadly radiation. Fascinating photos of the actual events, maps, and fact boxes enrich the compelling text. The personal and heart-breaking story will grip and inspire young readers.

Gr 4-6–A dramatic introduction sets the scene of each event, followed by short chapters that describe it from start to finish or to its current status, with an emphasis on its immediate and continuing human costs. Each book clearly states who or what was responsible for the disaster, and discusses restitution or lack thereof to victims, as well as the ongoing or long-term detrimental effects. “Fixing the Future” sections detail continuing cleanup efforts or measures to prevent future calamities….VERDICT: This set will help readers understand the myriad large-scale ecological disasters that can happen and their lasting human and societal costs. A solid purchase.