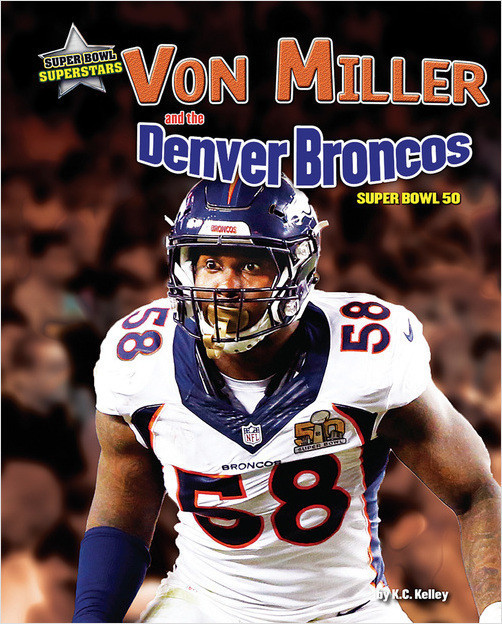 Von Miller and the Denver Broncos

The last time the Broncos were in the Super Bowl, star linebacker Von Miller had to watch from the sidelines because of an injured knee. Now his team had made it to the big game again...and Miller would not let this chance at a championship pass by. Facing the Carolina Panthers' talented quarterback Cam Newton, Von and his defense had their hands full. Denver needed a big play to set the tone for the game so Von raced around the end of the line and smacked into Cam, swiping at the football. The ball bounced free--and Denver recovered! Touchdown! Would Von's big play lead his team to a big win? Young sports fans will feel like they're at the game as they follow Von Miller on his quest for a Super Bowl victory. Full-color photos and engaging play-by-play narratives will keep readers on the edge of their seats.