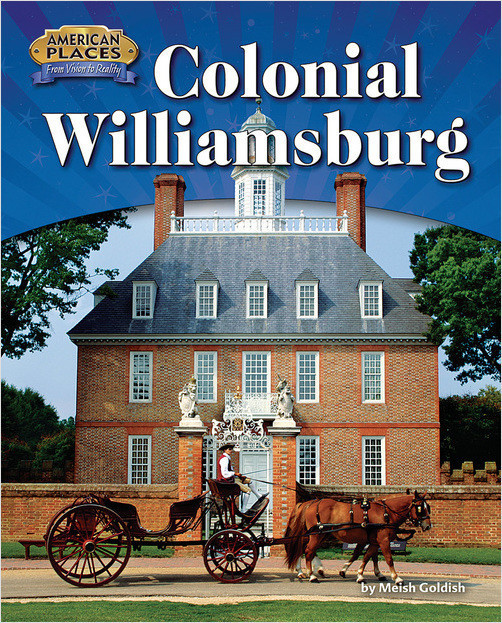 In the early 1900s, William Goodwin, a local pastor, was saddened by the state of his historic hometown, Williamsburg, Virginia. The town where George Washington and Thomas Jefferson had once lived and worked was gone. Most of the buildings from the colonial era were either falling apart or had been torn down. Goodwin knew the town’s once-great past could be reborn. He just needed help—from townspeople, a team of historians, and one of the richest men in the world.

Colonial Williamsburg traces the incredible story of the town, from its heyday as then capital of colonial Virginia to the largest living history museum in the world. Large color photos, maps, and fact boxes enrich the captivating story, which is sure to excite even the most reluctant readers.