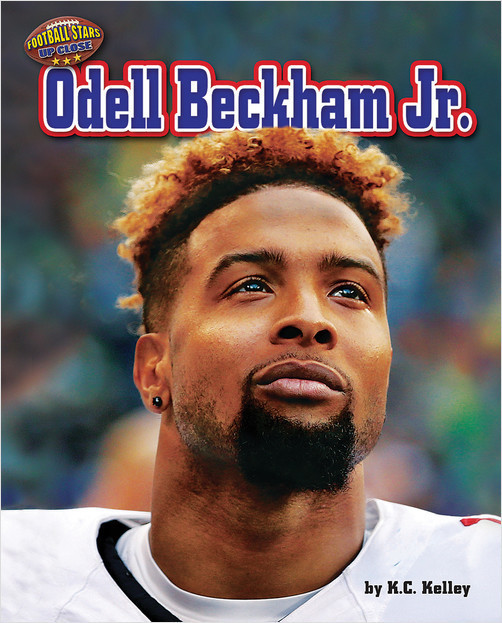 On November 23, 2014, the New York Giants faced the Dallas Cowboys. Quarterback Eli Manning threw the ball toward Odell Beckham Jr. The Giants’ rookie wide receiver leaped backward into the end zone—and caught the ball with one hand! Many people consider it the greatest catch in NFL history. Yet, that amazing catch was just part of Odell’s rise to the top ranks of NFL wide receivers. The young star showed extraordinary talent from an early age, and his sports-loving family encouraged him to pursue his NFL dream. After Odell graduated from Louisiana State University, the New York Giants chose him in the 2014 NFL draft. Since then, Odell has overcome a leg injury to be named NFL Offensive Rookie of the Year!

In Odell Beckham Jr., young readers get a close-up view of the famous wide receiver’s inspiring journey from his childhood, through his college years playing for Louisiana State University, and then all the way to NFL stardom. Large, full-color photos paired with engaging, simple text will keep sports fans on the edge of their seats as they cheer Odell on through his amazing career.