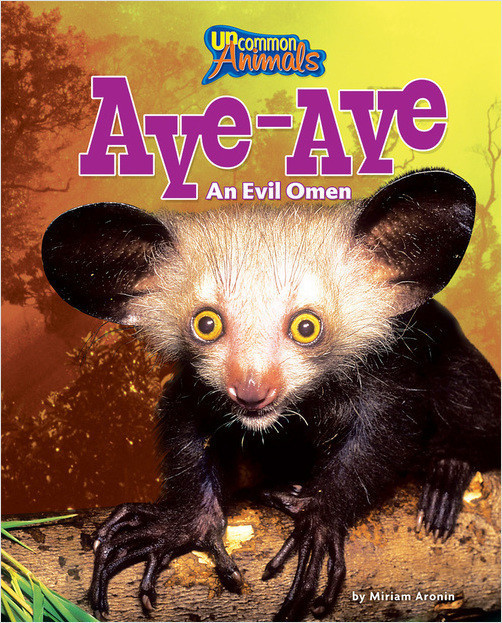 For years, a mysterious creature called the aye-aye had struck fear into the hearts of people on the island of Madagascar. According to legend, this rare animal was an evil omen. Many residents believed that if someone saw an aye-aye, a person would die shortly thereafter. As a result, people often killed these small creatures to prevent the death from occurring. Unfortunately, little was really known about the aye-aye. Scientist Eleanor Sterling wanted to change that. In the 1980s, she set up camp in Madagascar to study these mysterious animals. In Aye-Aye: An Evil Omen, kids follow Sterling as she discovers the secrets of this fascinating, uncommon animal. Large, full-color photos and a narrative format will keep readers turning the pages for more.