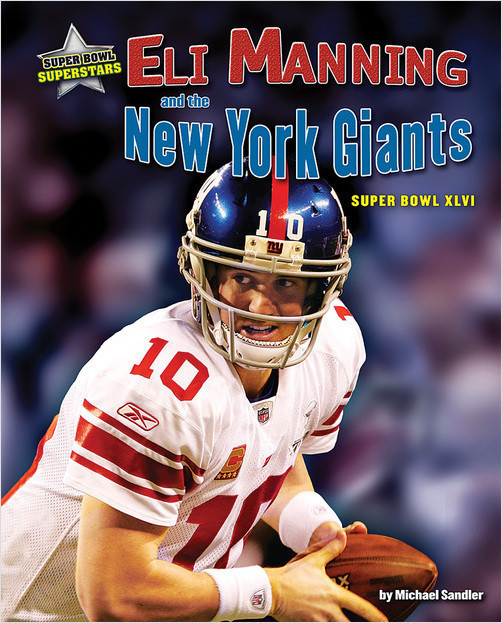 Eli Manning knew he would have to play a great game to capture the 2012 Super Bowl. His team, the New York Giants, was facing its rival, the New England Patriots, in a rematch of the 2008 Super Bowl. The Giants had won that game in a huge upset, and now the Patriots were looking for revenge. With Giants fans counting on him, could Eli lead his team to the championship once again? Young sports fans will feel like they’re at the games as they follow Eli Manning on his quest for a Super Bowl victory. Full-color photos and engaging, play-by-play narratives will keep readers on the edge of their seats as they cheer on Eli and the Giants.