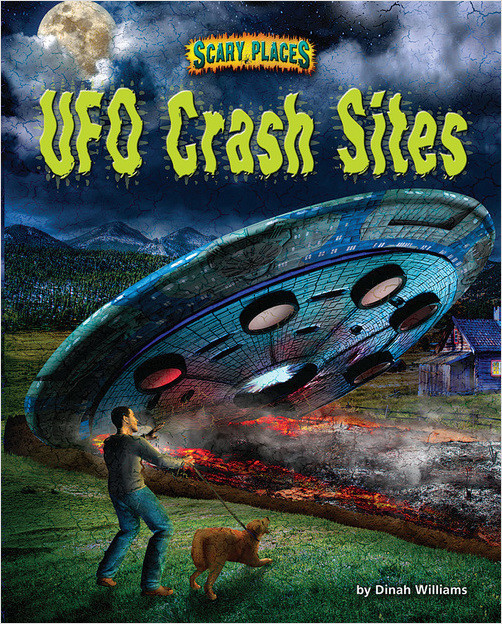 Since the beginning of recorded history, people have been mystified by UFOs—unidentified flying objects. Even Christopher Columbus, on a 1492 voyage aboard the Santa Maria, was puzzled by a sight he described as “a light glimmering at a great distance” in the sky. While no UFOs have ever been captured or recovered, there may be startling clues to their existence left behind in places where they are thought to have struck the ground.

In this book, children will visit 11 of the eeriest UFO crash sites found around the world. Among them is the scene of a gigantic, unexplained explosion that knocked flat 80 million trees, a hillside strewn with unearthly artifacts, and a spot where an alien pilot is said to be buried. The intriguing photographs and fascinating nonfiction text will keep children turning the pages to discover more spellbinding stories.