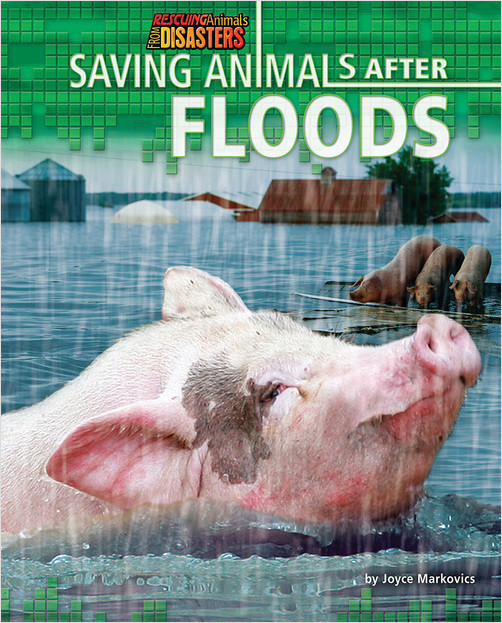 In June 2008, floodwaters ravaged sections of eastern Iowa, washing away roads, buildings, and spilling onto farmlands. Many residents and farmers were forced to quickly evacuate their property, leaving behind helpless animals to survive the flood on their own. Would anyone come to the rescue of the abandoned pets and farm animals? Saving Animals After Floods tells the story of animals that were rescued and the heroic volunteers and organizations that rushed in to save them. Kids will discover the stories of people like Jeff Boyer, an Iowa farmer who was forced to evacuate his farm and leave behind his 3,500 pigs. Fortunately for Jeff, groups such as the Best Friends Animal Society arrived in the flood’s aftermath to rescue stranded animals and reconnect them with their owners. From rescues in Iowa all the way to Pakistan, the inspiring true stories from around the world will warm the heart of any young animal lover.