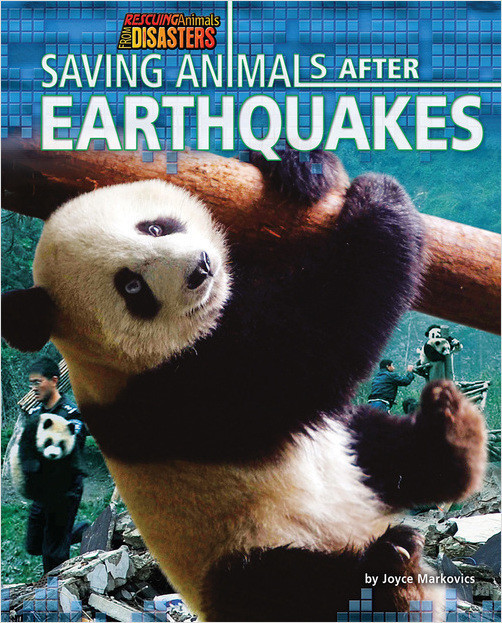 On January 12, 2010, a massive earthquake rocked the island-nation of Haiti, destroying almost 300,000 homes and taking the lives of more than 200,000 people. Overshadowed by the terrible humanitarian crisis that followed was the fact that tens of thousands of helpless animals were left to fend for themselves amongst the rubble, many of them injured and without food. Would anyone rescue these animals after disaster struck? In Saving Animals After Earthquakes, kids will read the inspiring stories of organizations such as the Best Friends Animal Society, which deployed a rapid response team to Haiti to rescue and treat injured animals in the debris-clogged streets. Readers will also meet animals such as Bells and Deiter, two pet dogs that were pulled alive from the rubble in Haiti—less than five years after they were rescued in New Orleans after the devastation of Hurricane Katrina. The inspiring true stories in this book will capture the heart of any young animal lover.