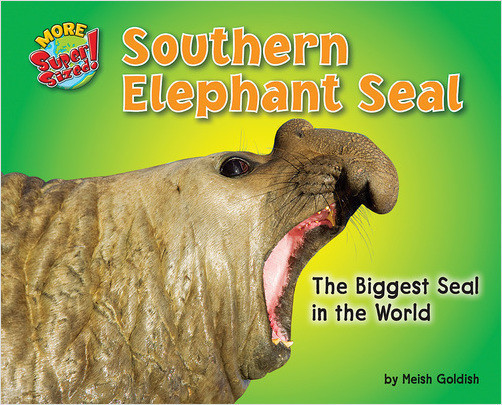 Southern elephant seals are sometimes called “sea elephants.” Why? An adult male seal has a nose that, when filled with air, looks like an elephant’s trunk! These big seals, weighing in at more than 8,000 pounds (3,629 kg), look like elephants in other ways, too. Both are large animals and many of the seals, like elephants, are gray. In Southern Elephant Seal: The Biggest Seal in the World, large color photos and grade-appropriate text will engage young readers as they learn about the natural habitat, physical characteristics, diet, life cycle, and behavior of this super-sized seal. A comparison diagram is also included to show readers the animal in relation to a familiar object.