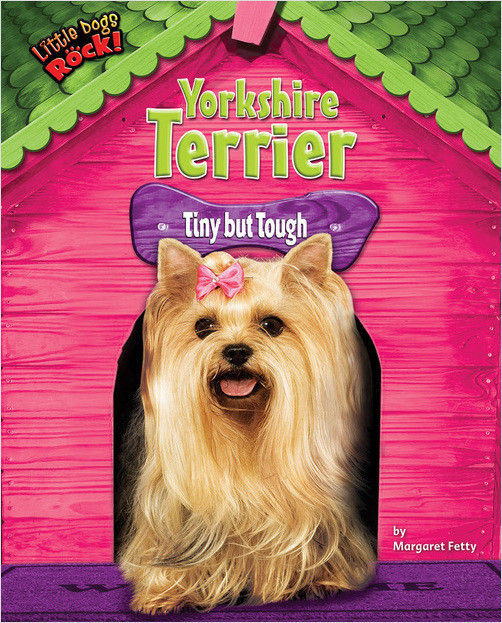 Though known for their peanut size, Yorkies are in fact little powerhouses. In World War II, a dog named Smokey became one of the most famous Yorkshire Terriers of all time. Adopted by U.S. troops, this tough little dog helped soldiers lay communication lines in the war-torn Philippines. His petite size allowed him to thread the lines through narrow underground passages. After the war, Smokey became a celebrity—appearing on television 42 times. Today, Yorkies are common pets that consistently make the American Kennel Club’s “Top 10” list of U.S. dogs.

Yorkshire Terrier: Tiny but Tough is a narrative treat for dog lovers that includes amazing, real-life stories about these little pups while also recounting the breed’s history and its relationship to the animal’s physical characteristics, personality, and suitability as a pet.