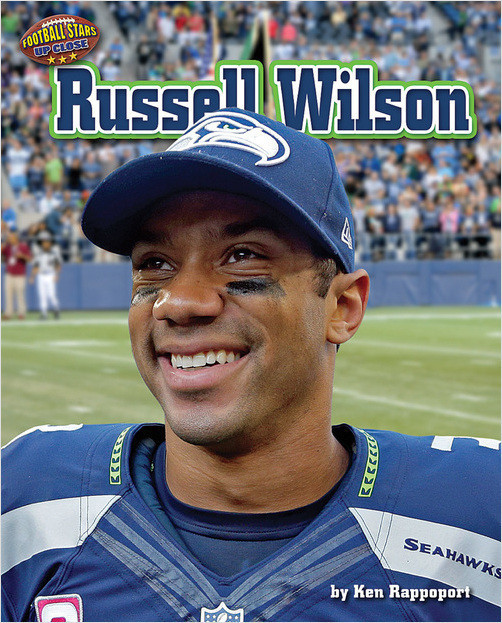 As a kid, Russell Wilson loved playing sports—especially football. However, the quarterback was often told that he was too short to ever be in the NFL. Even though he never grew taller than 5 feet 11 inches, Russell worked harder than anyone else on the field. In college, he impressed fans and coaches with his amazing skills. He had a rocket for an arm, made few mistakes, and always stayed cool under pressure. The Seattle Seahawks drafted him in 2012, and in the next season, he led his new team to a blowout victory against the Denver Broncos in Super Bowl XLVIII (48)!

In Russell Wilson, young readers get a close-up view of the famous quarterback’s inspiring journey from his childhood, through his college years playing for both North Carolina State University and the University of Wisconsin, and then all the way to NFL stardom. Large, full-color photos paired with engaging, simple text will keep sports fans on the edge of their seats as they cheer Russell on through his amazing career.