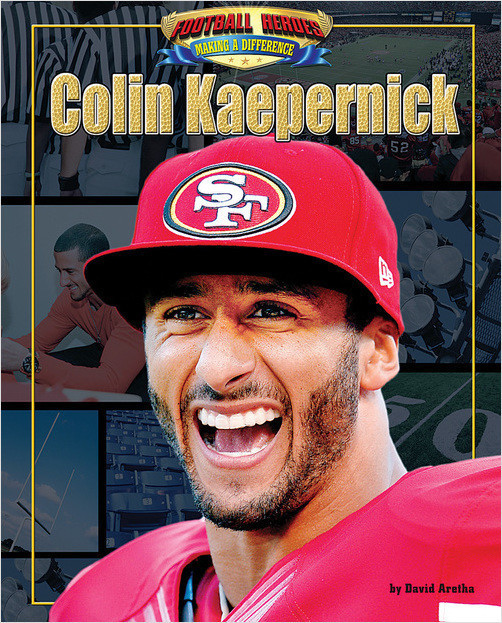 Colin Kaepernick has been wowing his fans and teammates since he became the starting quarterback for the San Francisco 49ers in 2012. That season, he led the Niners all the way to Super Bowl XLVII (47). Since then, Colin has used his powerful arm and incredible running game to set NFL records. In the 2014 NFC Championship Game against the Seattle Seahawks, he made the longest run ever by a quarterback in an NFL playoff game—58 yards! That’s not the only reason 49ers fans love Colin, however. In his free time, he loves to visit the kids at Camp Taylor. This camp, in California, provides a place where children with heart defects can go to have fun outdoors, participating in swimming, horseback riding, and other activities.

In Colin Kaepernick, readers will follow this NFL superstar’s football career and discover how he has made a difference in people’s lives both on and off the field. Large, full-color action photos and engaging text will keep readers turning the pages for more.