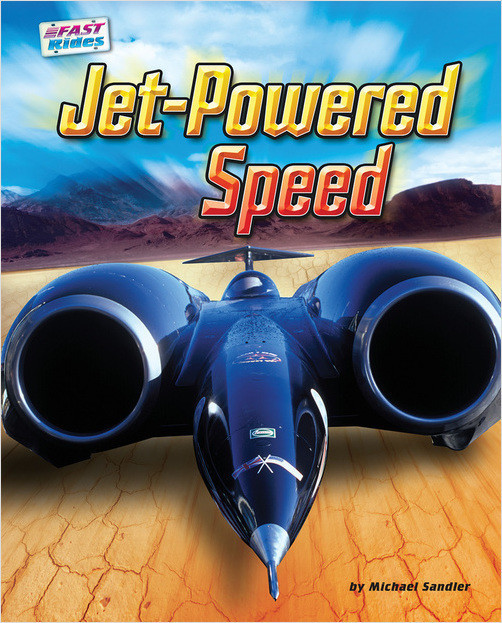 During the 19th century, the first cars could barely go 10 miles per hour. Today, cars can go even faster than some planes. How? These cars use the same engines as airplanes—jet engines. In Jet-Powered Speed, kids will read about the fastest jet-powered cars in the world— from the Thrust SSC, that can reach speeds of over 700 miles per hour, to the Bloodhound SSC, which is currently in production with hopes that it will be able to go 1,000 miles per hour. With incredible, full-color photographs, thrill-seekers will learn all about the history of jet-powered vehicles and the people who create and drive them. So fasten your seat belt and get ready for a jet-powered ride!