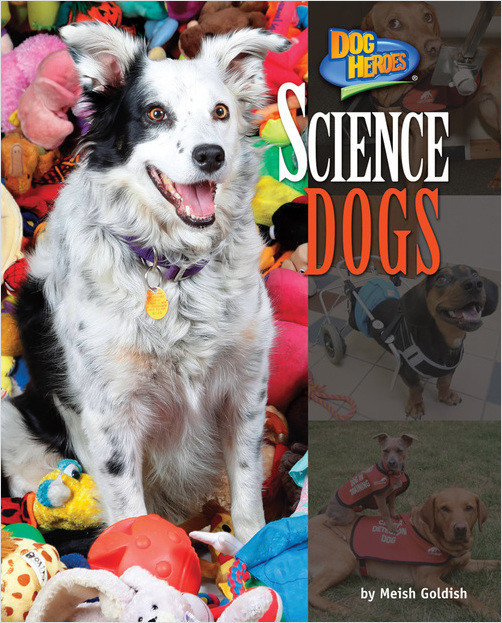 After injuring his spinal cord in an accident, Jasper the dachshund was unable to move his back legs. In 2012, scientists at Cambridge University tried an unusual experiment to help Jasper walk again. They took special cells from inside Jasper’s nose and transplanted them into his spine. Why? Scientists knew that these cells constantly regrow to keep the nose working. Could these same cells somehow repair Jasper’s damaged spinal cord? This is just one of many fascinating stories found in Science Dogs. For more than a century, dogs like Jasper have played a key role in scientific discoveries, from the invention of the pacemaker to a cancer-sniffing machine modeled after a dog’s nose. With dramatic, full-color photos, this book is sure to appeal to dog lovers everywhere.