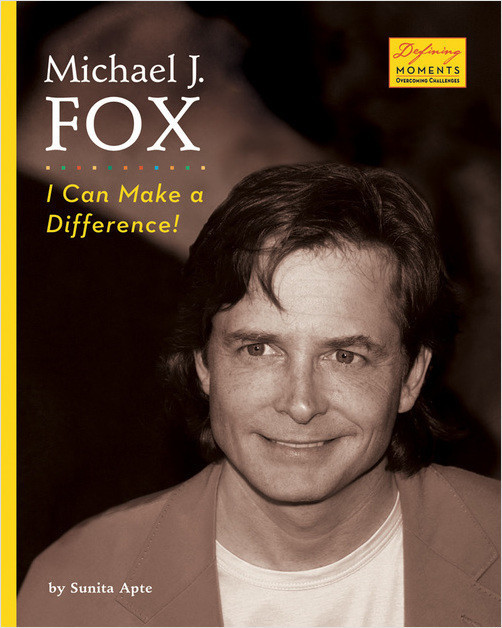 Born in Canada, Micheal J. Fox became one of the most familiar faces in America through television and film. Yet when a twitch in his left pinky led to a diagnosis of Parkinson’s disease, Fox suddenly encountered a challenge to an unstoppable career. In Michael J. Fox: I Can Make A Difference!, readers will learn how Fox continued his career while raising public awareness of Parkinson’s disease. Full-color photographs, timeline, and a compelling biographical narrative will engage readers as they follow Fox through his many triumphs.