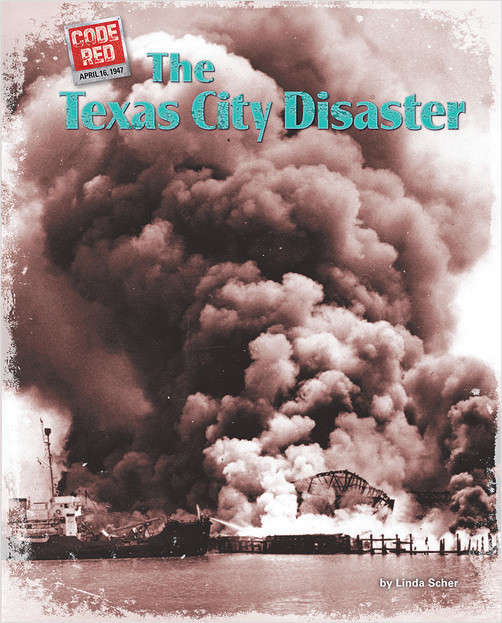 The Grandcamp freighter held a deadly recipe in the port city of Texas City in 1947. As workers loaded bags of fertilizer made with ammonium nitrate into the ship’s hold, particles from broken bags mixed with flammable debris in the freighter’s hot underbelly. Heat caused the ammonium nitrate to combust, leading to one of the worst industrial disasters in U.S. history. In narrative detail, The Texas City Disaster recounts how the Grandcamp’s explosion sent fireballs skyward to land on homes and stores, engulfing the city in flames. Through this drama, kids will learn how new safety procedures for chemical shipments help prevent such disasters today. A series of primary-source quotes from witnesses reveal the human drama, while a “Profiles” section lists players in Texas City.