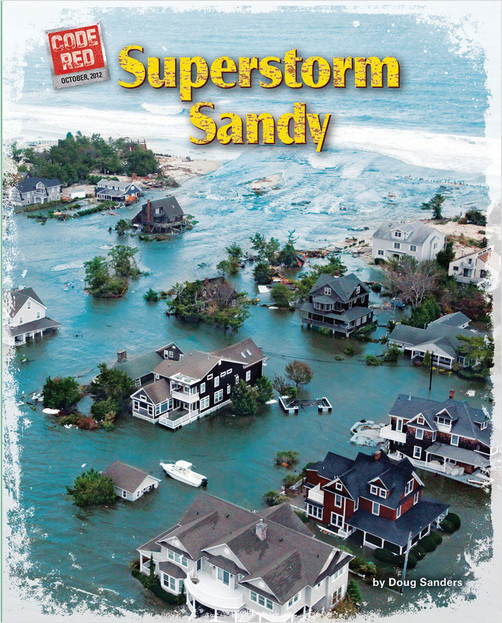 In October 2012, Hurricane Sandy hammered the Caribbean and eastern United States, leaving a long trail of destruction in its path. Powerful winds snapped trees and shattered windows. Floodwaters filled up streets, washing away cars and spilling into buildings. Thousands of people were forced to abandon their homes and flee for their lives. This book is an account of the storm, from its origins in the Caribbean Sea to its landfall in New Jersey and, finally, to its aftermath.

Superstorm Sandy includes captivating, first-person accounts of survivors, including a fireman who waded through chest-deep water to carry his three children and wife to safety, as well as a woman who was forced to take refuge in a tree after her home flooded during the storm. Large color photos, maps, and fact boxes enrich the true stories of bravery and heroism. Written in narrative format, this book is sure to draw readers in—and never let them go.