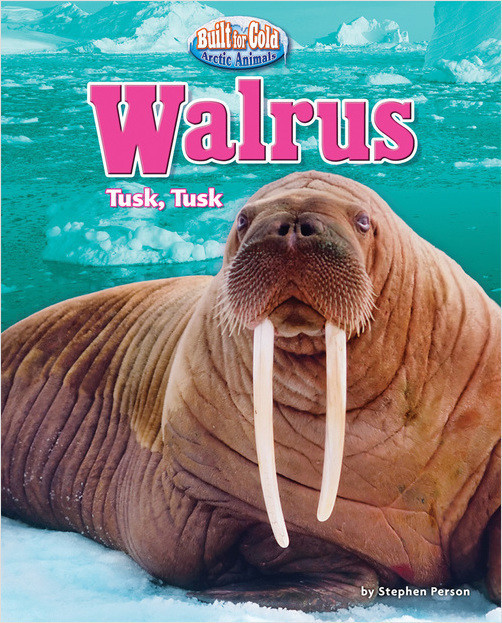 In the spring of 2010, wildlife biologist Tony Fischbach visited the Chukchi Sea off the northwest coast of Alaska. He was there to study walruses in their remote Arctic habitat, but it wasn’t an easy task. The Arctic is one of the coldest places on Earth, and Tony—unlike a walrus—wasn’t naturally adapted for life in the extreme cold. Eventually, Tony was able to attach a radio transmitter to several walruses so he could track where they would travel. He was surprised—and disturbed—by what he discovered. What did Tony learn about these animals and how they survive in their chilly Arctic habitat?

In Walrus: Tusk, Tusk, kids go on a real-life adventure with wildlife biologist Tony Fischbach as he studies walruses in one of the northernmost places in the world. Along the way, children will learn how walruses survive in their bone-chilling environment, including how they hunt, stay warm, and raise their babies. Large, full-color photos and a narrative format will keep readers turning the pages for more.