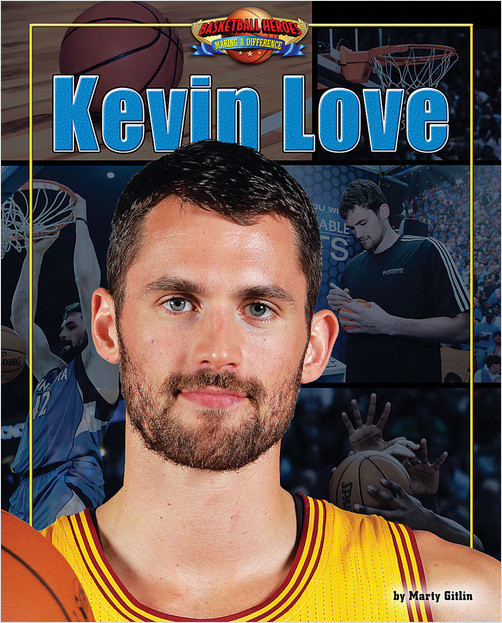 From an early age, Kevin Love showed a lot of promise on the court. In college, he led the UCLA Bruins in rebounds and guided his team to the Final Four. Kevin then joined the Minnesota Timberwolves and became a superstar player. His accurate jump shots and passing skills dazzled fans, and he proved to be one of the best three-point shooters in the NBA. Kevin’s talents and achievements aren’t limited to basketball, however. He also helps organize an annual coat drive to provide warm jackets to people in need. Other causes he has worked for include raising money for breast cancer awareness and the Special Olympics. In Kevin Love, readers will follow this NBA superstar’s basketball career and discover how he has made a difference in people’s lives both on and off the court. Large, full-color action photos and engaging text will keep readers turning the pages for more.