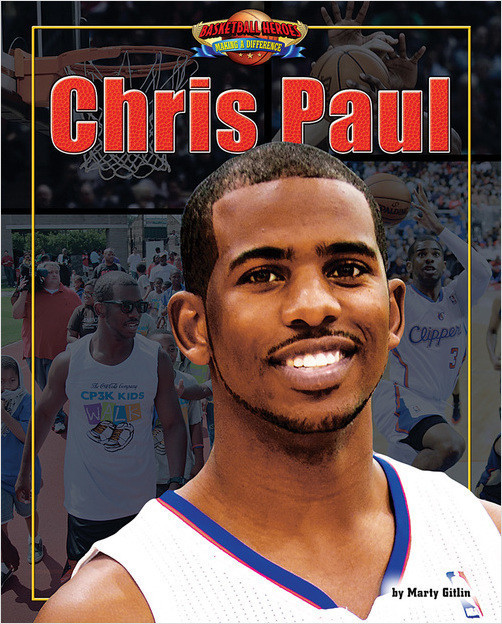 Point Guard Chris Paul knows how to make a big impact on the court, despite the fact that he’s only six feet tall. During his first year playing professional basketball for the New Orleans Hornets, Chris Paul was named NBA Rookie of the Year and led the league in steals. In 2011, he was traded to the Los Angeles Clippers—and went on to lead the team to the playoffs in each of his first three seasons! Chris doesn’t just work hard on the court, though. He has worked just as hard making a difference in people’s lives, especially those affected by Hurricane Katrina. After the storm, he gave his time and money to help rebuild houses throughout New Orleans. Chris also started the CP3 Foundation, which provides food, shelter, and other services to people around the country who need help. In Chris Paul, readers will follow this NBA superstar’s basketball career and discover how he has made a difference in people’s lives both on and off the court. Large, full-color action photos and engaging text will keep readers turning the pages for more.