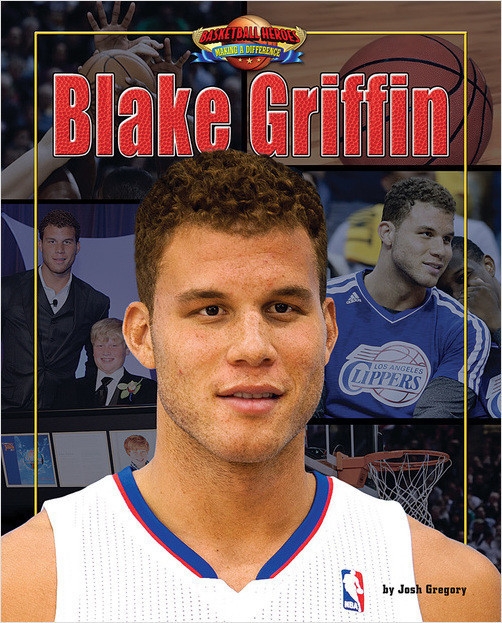 Blake Griffin is one of basketball’s brightest young stars. After being picked first in the NBA draft by the Los Angeles Clippers, he soon became well known for his amazing slam dunks. In 2013, Blake led the Clippers to their first division championship. In addition to being a dazzling athlete, the young forward has used his basketball skills to help others. During his rookie season, he pledged to give $100 for each slam dunk he made that year to help fight childhood obesity. He also used his win at the 2011 NBA Slam Dunk Contest as an opportunity to raise money for cancer research. In Blake Griffin, readers will follow this NBA superstar’s basketball career and discover how he has made a difference in people’s lives, both on and off the court. Large, full-color action photos and engaging text will keep readers turning the pages for more.