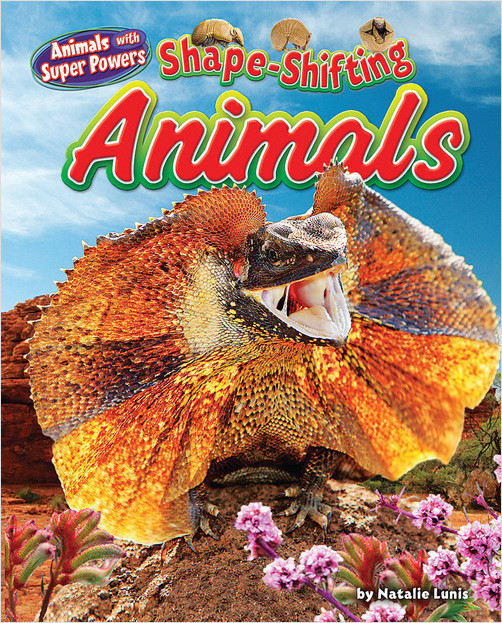 Do some animals really have the power to transform themselves into something else? In fact, such creatures do exist. In this book, young readers will meet eight of these amazing, shape-shifting animals, including a sea creature that can pretend to be a rock, a caterpillar that can rise up like a snake that is about to strike, and a fish that can blow itself up into a big, spiky ball. These animals may take on very different shapes, but they do have one thing in common. They all use their shape-shifting abilities to scare off, escape from, or appear less tasty to their enemies. In other words, their special powers help them survive! Eye-popping photos and clear, simple text bring these one-of-a-kind creatures to vivid life.