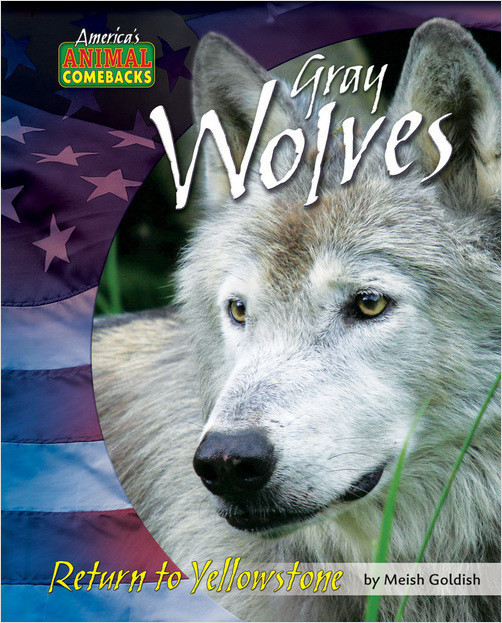 Would wolves ever live in Yellowstone National Park again? The animals had once roamed freely there for thousands of years. Yet by 1926, hunters and ranchers had killed the entire population. The situation seemed hopeless. In 1995, however, scientists had a plan that could change the course of the animal’s history. Would it succeed? In Gray Wolves: Return to Yellowstone, children follow the harrowing and heartfelt history of the gray wolf in America. From the animal’s once thriving population to its near extinction, children witness the inspiring and heroic efforts of people who stepped in to save this remarkable creature when all seemed lost. Full-color photographs and a habitat map enrich this dramatic story of conservationism and courage.

American Bison and Gray Wolves were recommended in the October 2007 Spotlight on Series Nonfiction.