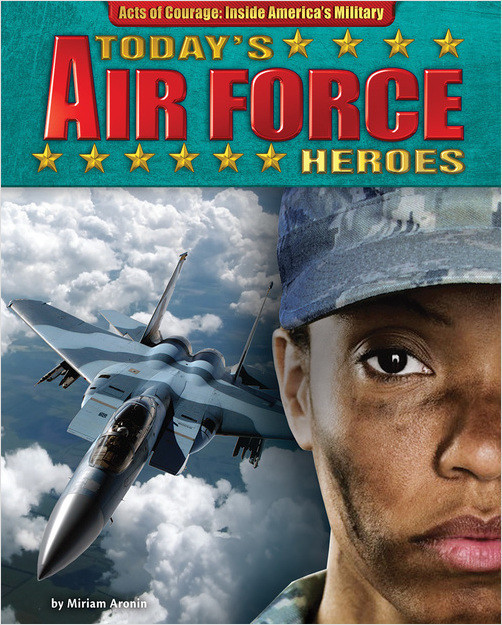 In Today’s Air Force Heroes, kids will meet real-life airmen and women who have displayed incredible courage in the face of danger as they served their country in Iraq and Afghanistan. Readers will meet heroes like Earl Covel, a Staff Sergeant who risked his own life during a battle in Iraq in order to protect his 19-man team. With his unit under attack and pinned down in a house, Sergeant Covel raced to an exposed rooftop to direct U.S. fighter jets sent to the scene to help. He remained on the roof, under intense enemy fire, for 36 hours. Thanks to his selfless act, his team remained safe and the Americans won the battle. This is just one of the many acts of courage recounted in this riveting look at our nation’s military heroes. Written in a narrative format, Today’s Air Force Heroes will keep kids turning the pages as they read about individual soldiers who’ve shown uncommon courage in the face of great danger. Large action photos, fact boxes, and maps enrich these true stories of bravery and valor.