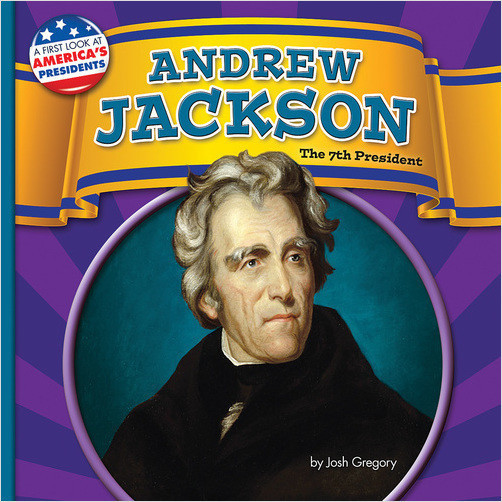 In 1775, the American colonists began fighting a war against Great Britain to gain their freedom. Andrew Jackson was just 13 years old when he started delivering messages for American troops. How did this early experience in war shape his future? Young readers will find out as they read about Jackson's difficult childhood, his military victories during the War of 1812, and his two terms as president. They will also make connections to their own lives as they learn about the many ways Jackson is remembered and honored today. Each 24-page book in this series features controlled text with age-appropriate vocabulary and simple sentence construction. The lively text, colorful design, and rich photos and illustrations are sure to capture the interest of emergent readers.

This series tells about many of our presidents in simply written text that young students can understand. Each title focuses on the life and contributions of the president; where he was born, what led him into the presidency, and his accomplishments. Each book features a timeline and a Facts and Quotes page. Each page has illustrations to help build a connection to that time period. This series focuses on several important leaders in a way that is interesting and appealing to young readers.

K-3. First Look at America’s Presidents series. Each highly abbreviated biography of a US president uses a variety of visual and textual elements arranged informally on pages designed to look like cork bulletin boards. The brief, uninspired narratives are supported by photographs on period illustrations with captions and short sidebars in campaign-button graphics. Two famous quotes are appended. Reading list, timeline. Glos., ind.