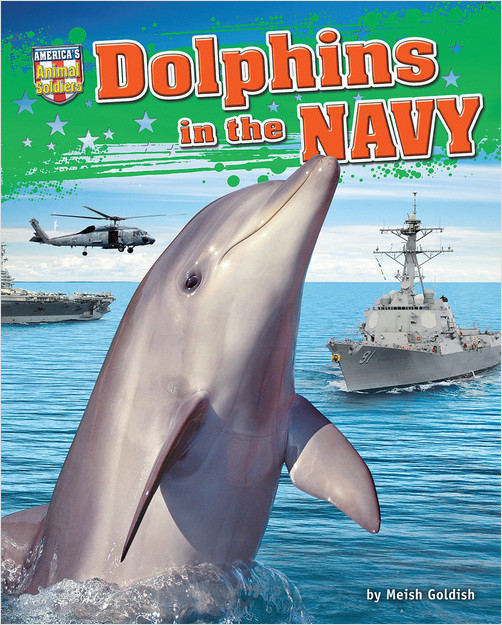 Dolphins in the Navy

In 2003, K-Dog swam quickly through the waters of the Persian Gulf. He had an important job to do. The enemy had hidden sea mines in the water. K-Dog had to find the bombs so that they wouldn’t explode and destroy U.S. ships. Although K-Dog’s name makes some people think he is a dog, the expert swimmer is actually a bottlenose dolphin. He was trained by the U.S. Navy to protect American sailors and ships from danger. In Dolphins in the Navy, kids get a behind-the-scenes look at the way the U.S. Navy trains dolphins so that they are prepared to help out at a moment’s notice. From hunting for deadly sea mines to searching for enemy divers, these heroic animals help out in ways that no humans ever could. Full-color photos and dramatic true stories bring these courageous sea animals and their brave missions to vivid life.